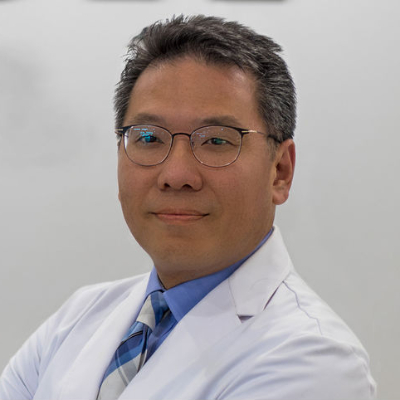 Dr. Dickson Chen, OD, FAAO graduated high school as both valedictorian and student body president prior to attending UCLA as a Regents and Alumni Scholar. He served as his dormitory president two years, sang in the UCLA Mens Glee Club and was a member of Lambda Phi Epsilon, the first and only internationally recognized Asian fraternity before entering the Southern California College of Optometry. While a student at SCCO, Dr. Chen served as class president, student association president and American Optometric Student Association National Spokesman before receiving his Doctor of Optometry degree.

Prior to becoming a founding member and director of the American Optometric Society, Dr. Chen served as chairman of the SCCO Young Alumni Association, president of the Rio Hondo Optometric Society and president of the California Vision Foundation. As a member of Lions International, he served as Club President, Zone Chairman and Optometric Director of the Lions Eye Foundation of Southern California. Dr. Chen has also served on the Governing Council of the Southern California Public Health Association and co-chaired SCPHA's Legislative Committee. In 2003, the California Optometric Association named Dr. Chen COA Young OD-of-the-Year as well as its nominee for the American Optometric Association's National Young OD-of-the-Year Award.

Dr. Chen is a former American Board of Clinical Optometry's Board of Director and Assistant Executive Director. Dr. Chen is a Fellow of the American Academy of Optometry and is currently in private practice in Los Angeles, California. With a special interest in contact lenses, Dr. Chen has served as both a Clinical Investigator for Coopervision and Subject Matter Expert for the California State Board of Optometry.

As singing barbershop music is one of his favorite pastimes, Dr. Chen is a member of the nine-time International Chorus Champions, the Masters of Harmony.

Our office is located at 219 S. Vermont Ave., Los Angeles, California, 90004. Please enter your zip code or city, state below for door-to-door directions.